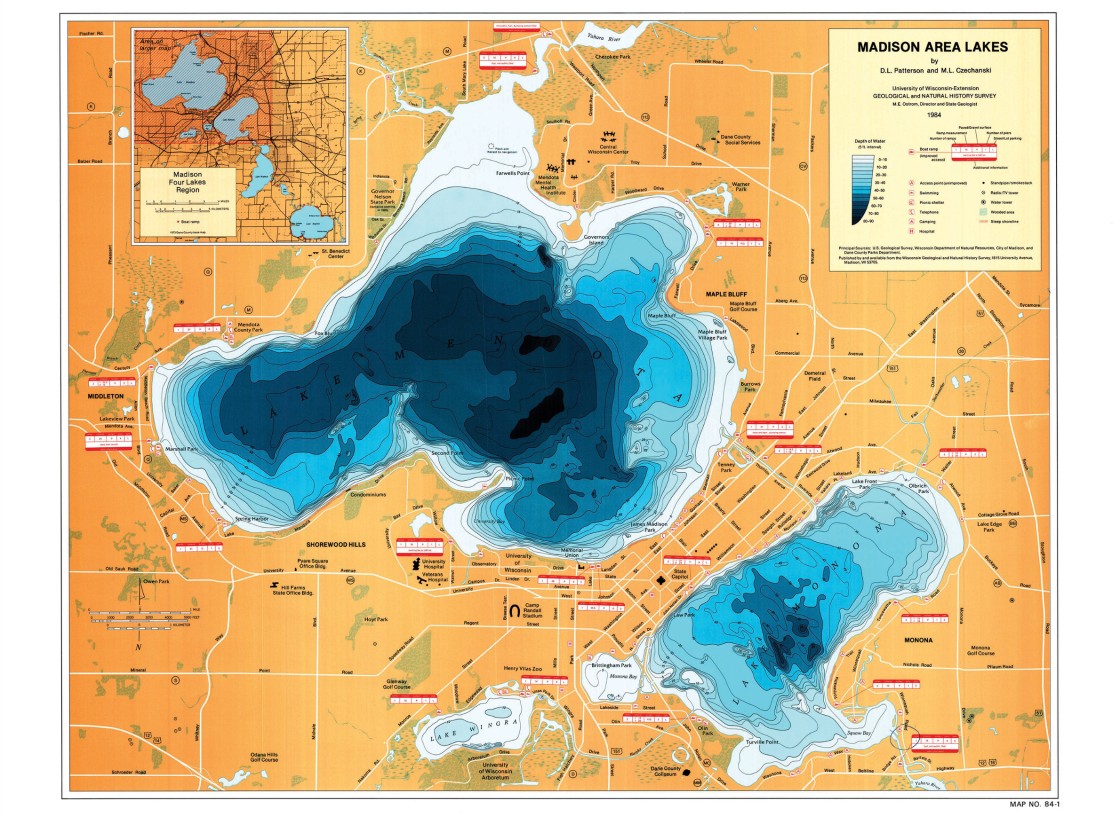 Oh, the Places I Go

Living in a city situated between two scenic lakes, I had to wonder why my drinking water wasn’t coming from either one of them. Madison, Wisconsin gets its drinking water from a sandstone aquifer that sits 90 to 95 feet below the ground’s surface according to Madison Water Utility. Twenty-two wells and many more pipes intertwine to serve the ever-growing population of this capital city.

Primary waterfront access comes with its disadvantages. Driving down John Nolen Drive, you can spot people fishing and sailing, perhaps even swimming or tanning. Although the water appears to be pristine from the street, urban runoff and invasive species have done damage to the aquatic ecosystem. UW-Madison Center for Limnology blog indicates that last year Madison experienced one of the biggest toxic algal blooms since 1994. Algal blooms such as these are frequently caused by runoff pesticides and herbicides as well as invasive aquatic plants. Declining water quality can also be the result of seemingly unobtrusive culprits like road salt. More information on sodium chloride in groundwater can be found here.

Here’s something fascinating: The graph above shows that the capital city’s water demand has actually gone down even though population has been on the rise. An article by Next City attributes declining water demand in big cities like New York and Los Angeles to updated infrastructure with less leaks and higher efficiencies. Madison Water Utility suspects other causes like the implementation of new high-efficiency washers and low-flow showerheads.

Chicago is another metropolis located less than three hours away from Madison. Chicago is a popular place to study for Environmental Engineers and water aficionados because the city had high death rates from cholera and typhoid fever prior to the 1860’s due to waterborne disease from sewage. In the beginning of the 20th century, Chicago reversed the flow of Chicago River to direct wastewater away from Lake Michigan and instead towards the Mississippi. Since then, water related illnesses have essentially vanished from the City of Broad Shoulders. More on the how the reversal was done can be read on Chicago Line Cruises.

I hope you learned something about water today. I learned that the well water supplying my apartment was actually high in sodium last year, which is slightly concerning to me because I drink it to stay hydrated, not to become more thirsty! Of course, one measurement doesn’t speak for water quality throughout the year, so it’s not a huge concern of mine especially in the summer when sodium in water tends to decrease. It also looked like chlorination was the main method of water decontamination but there weren’t too many details on the process on the water quality report.

Where does the water come from in your town? Do you have a low-flow showerhead or efficient washer? Does your town have really old infrastructure like my hometown in New York or is it more of an up-and-coming city with newer public highways and waterways? Thanks for reading, Jess.